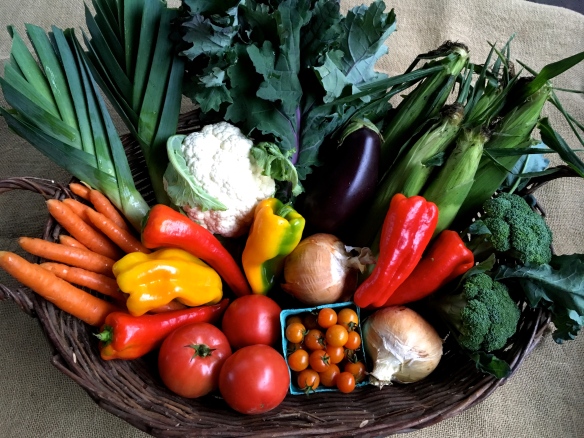 Enjoying your CSA share this season and don’t want to see it end? If you haven’t already reserved your Late Season Share, we still have them available. The last 5 weeks of the Late Season will have Winter Squash, Onions, & Potatoes to last through a few more months (I have had members tell me they are using up their last Squash when they sign up for the new season in early Spring!). You’ll also receive crops such as Turnips, Parsnips, Romanesco and Brussel Sprouts….give us a call if you have questions, or would like to secure  your spot in the Late Season!

Peppers! The peppers have been going crazy and with all of this rain, we thought we had better give them out to you all while we can. If you’re like me, you like peppers every way….fresh and crunchy, sautéed in stir fries, roasted, pickled…here is a recipe that you might like to help you use up this bounty and still have them around for a while… 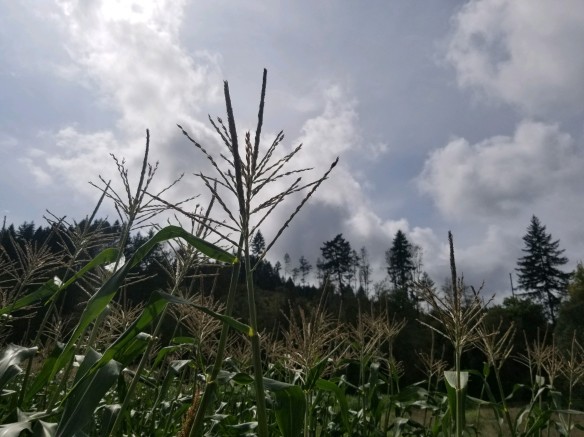 Rain, rain, rain…..not exactly what we had hoped for so soon.  It’s definitely taking a toll on many of our hot crops, and delaying harvest of many of our Fall crops as well. We had hoped to have Potatoes in the boxes for you this week, with the first of the Leeks, but we just couldn’t get in to harvest while the ground is this wet. We will also have to wait for the ground to dry out to harvest our winter Carrots and Burdock root. We’re all trying really hard to remain positive, and welcome the water, and finding the balance through it all. Hopefully these weather systems will pass, and we can look ahead to some warmer, sunnier weather to come our way. 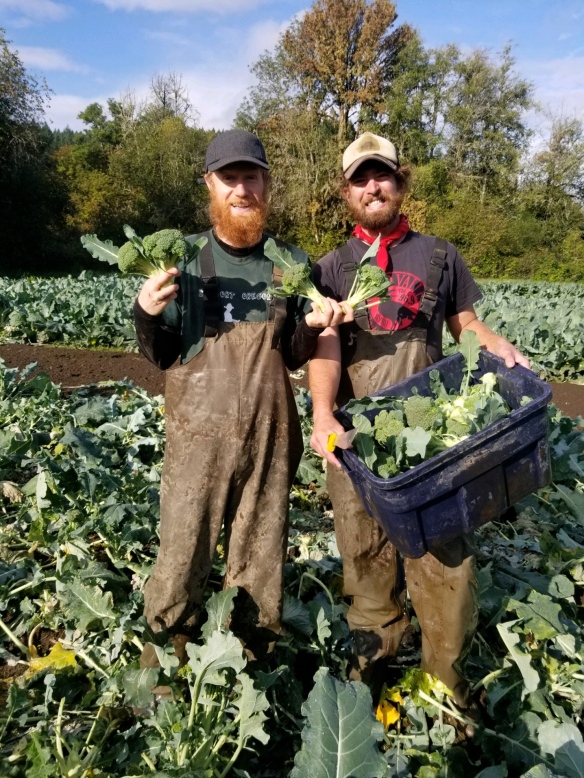 Kevin and Josh bringing in the Broccoli

The crew has tried really hard to send your veggies as clean as they could, but some things might be a little dirtier than usual…we do always suggest that you wash your veggies before you use them, so this week you might have to clean them a little more thoroughly.

Happy Equinox! This weekend marks the Fall Equinox….it’s not difficult to see the change in season this year! Actually feels like Fall started a week or two ago….won’t be long before we’re all raking leaves and taking a drive to see the Fall colors. Fall also means that we’ll begin harvesting the winter crops…..looking forward to some Winter Squash comforting soups and stews!

Climate Change Awareness: This Friday, September 20th, young people from around the world are leading a massive coordinated strike from school to protest government and business inaction on climate change. It is likely to be one of the largest environmental protests in history.

Greta Thunberg, is an amazing young woman, and the original school striker, who began protesting for climate change last year in weekly protests by skipping school on Friday’s and sitting outside her parliament with signs demanding more action from her government on climate change. She also addressed the 2018 United Nations Climate Change Conference, and her speech was very impressive and profound. 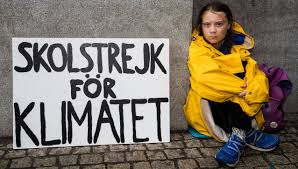 The Global Climate Strike comes just before countries will gather at the United Nations for the Climate Action Summit on September 23. It’s a meeting ahead of the UN General Assembly where countries are supposed to ramp up their ambitions to curb greenhouse gases under the 2015 Paris climate agreement.

Thunberg has become an increasingly influential figurehead and voice for youth climate angst and activism. Since she no longer flies because of the aviation industry’s high carbon emissions, she traveled to the US on a zero-emissions sailboat. After arriving on August 28, spoke before Congress and met with US lawmakers and activists before heading to New York City for the strike and the summit.

The New York strike is expected to attract thousands of people, and parallel strikes in DC, Boston, Seattle, Minneapolis, Miami, Los Angeles, and Denver may, too. But this is truly a global strike and it will be the movement’s largest yet, with 2,500 events scheduled across 150 countries. The 1.1 million students in the city’s public schools have even been excused students to join the strike. Cities across Oregon, from Medford to Eugene and Bend to Seaside, will also host a series of events starting with their own school walkouts Sept. 20.

While many of us can’t just take the day off, we can send our thoughts and gratitude to the young people who are taking a stand on this important issue to save our planet!

We hope you all have a wonderful weekend, and enjoy your veggies!